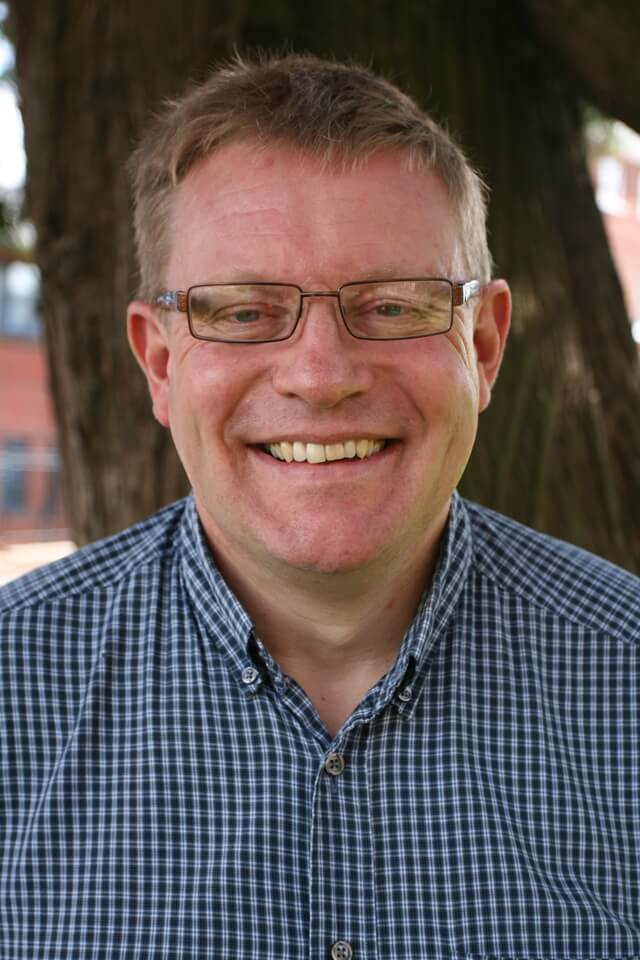 Sam has been Pastor at WBC since 2001 and lives in Wellington with his wife Claire and 3 grown up children. Before moving to Wellington, he was the Pastor of Oundle Baptist Church in Northamptonshire for 9 years.

Sam is active in the community in the local primary schools where he takes regular assemblies and occasional classes. He is the Chaplain to the local branch of the Royal British Legion. He is also one of the representatives of the South West Baptist Association on the Chaplaincy Advisory Panel of Taunton School and is the District/Network Minister for the Wessex District of Baptist Ministers, which covers an area from Minehead in the West, Montacute in the East and Brigewater in the North and which numbers around ten churches in all. He has been a member of the Baptist Union Council in recent years.

Sam trained at Spurgeon's College in South London from 1988-1992, qualifying with a Degree in Theology and a Diploma in Pastoral Studies. He is a Pastor and a communicator with a track record of down to earth consistent passionate biblical preaching and teaching with a desire to communicate in practical ways using an array of different methods and styles

His gifting has an emphasis on turning churches around into healthy functioning missional and ministry families where growth naturally then takes place. Prominent are gifts of leadership, vision, strategy; steadily and sensitively bringing change.

His ministry style is down to earth, relaxed, informal, genuine, and non-stuffy and with the use of humour to engage and formality when required

Over the years Sam has been impacted by The Purpose Driven Church, which included a sabbatical at Saddleback Church, California, and more recently by Emotionally Healthy Spirituality.

He has been an Accredited Minister of the Baptist Union for over 30 years.

As well as leading various UK Baptist Churches, he has also ministered in Eastern Europe, and North America.

Sam also writes a blog which can be found here. 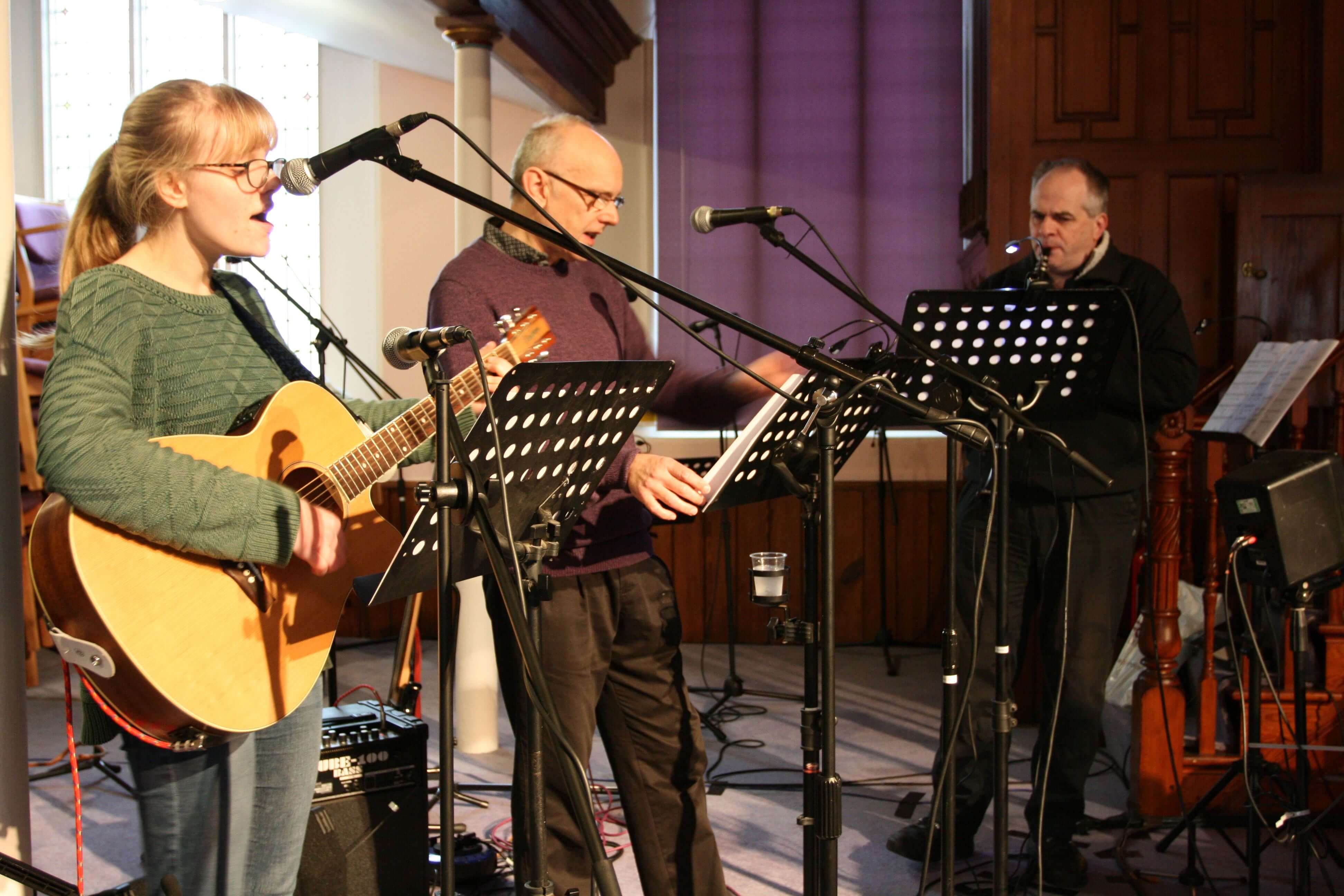 The Worship Team is led by David White, an experienced local music teacher, songwriter and performer.

The worship style varies for our 10.30am and Early (9am) services; the 10.30 service tends to be more upbeat and contemporary with a mix of instruments, whereas the Early service is a more traditional style, frequently using the organ.

If you'd like to find out more about our Worship Team (or how you can get involved!) then please get in touch through the church office. 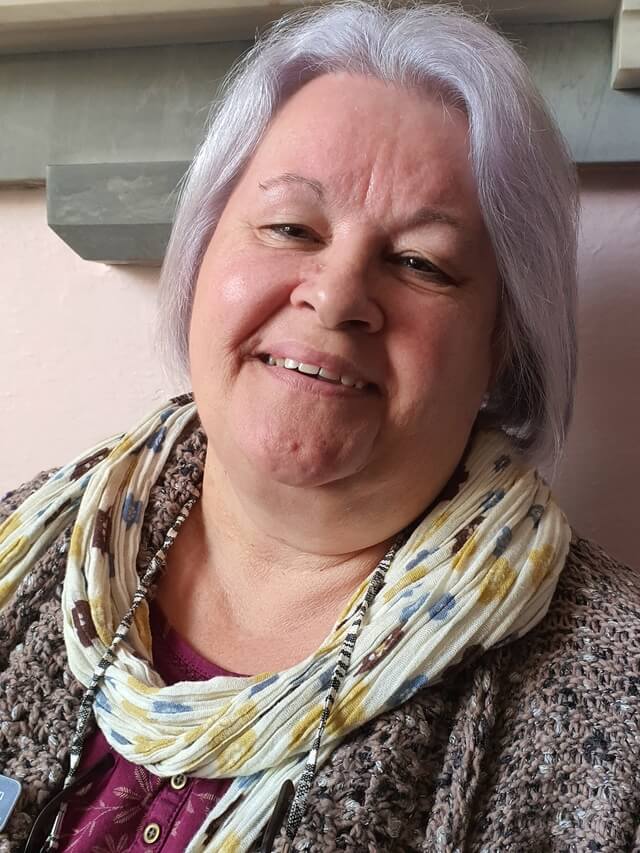 My name is Karen and I have been the Church Administrator since 2007. I am in the office Monday, Wednesday and Thursday, and Friday morning dealing with a variety of tasks involving the church site and management of our worship centre, halls and offices.

I am married to James, one of our Elders, and we have 4 children. I am involved in our Women’s Study Group and am part of the Pastoral Care Team.

My hobbies include spending time with the family, gardening and knitting, and telling really bad jokes!

I am a Freelance Hairdresser, I am involved in a few ministries - House Group, Women's group, Welcome team, Sunday School and Hospitality when I can.

In my spare time I like to pick up a book, stroll along a beach or in the countryside - I do not have one particular hobby, but have thoughts of many.

I asked my children what's funny about me and the reply was "Lots".

Hi, I'm Colin. I am married to Susan and have five children and eleven grandchildren. I have had two careers in my working life, I was a research technician in the physics department of Southampton University and my second career was as a science/technology teacher.

I have taken on the role of maintenance deacon as I felt I was being called to this role and my background lends itself to the practical aspects of church life with regards to buildings. I also have a collection of rather dodgy looking ties. 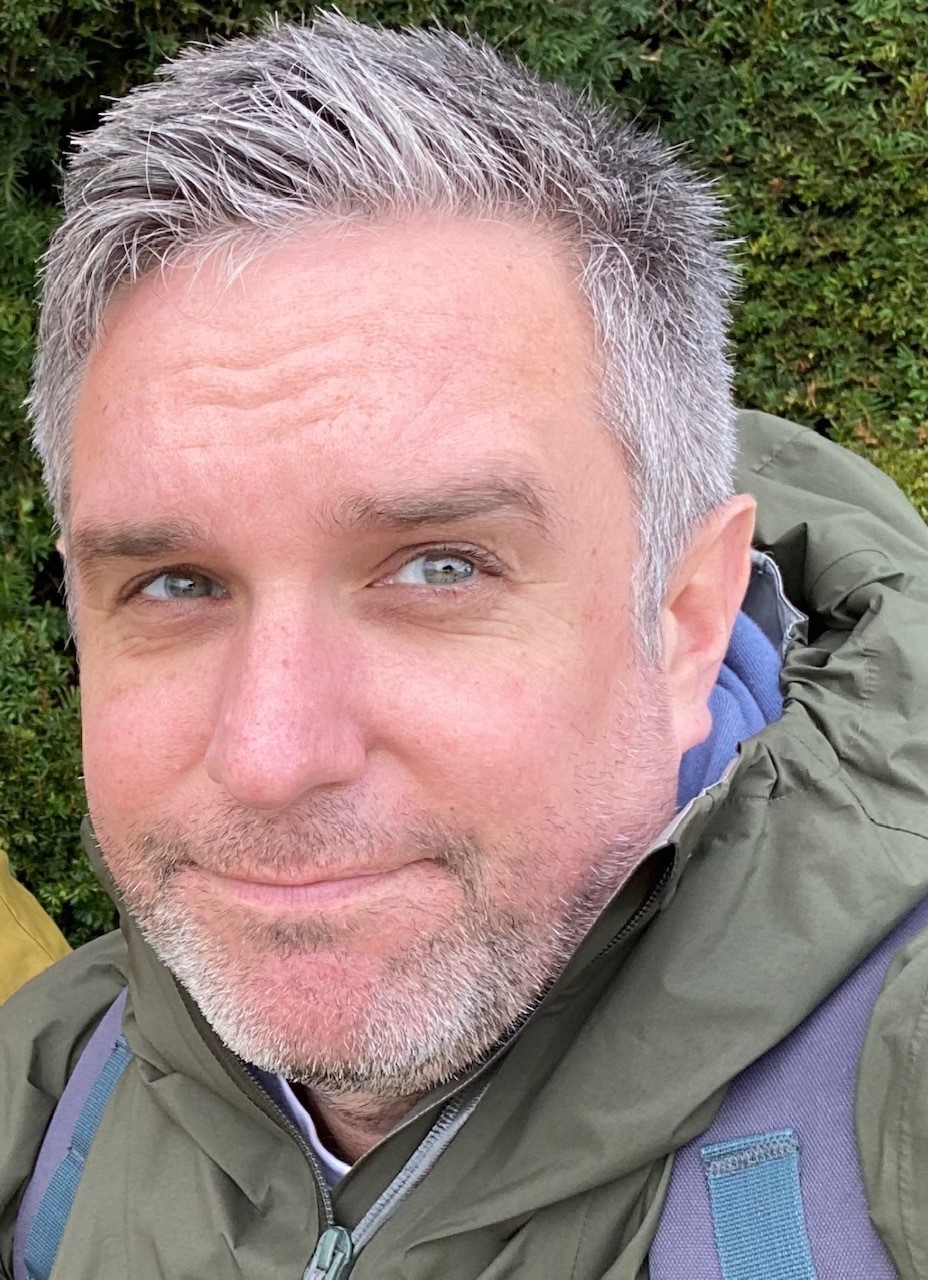 Chris is our safeguarding trustee, and has been part of the WBC family for over ten years now. Chris has in his second stint as a deacon of our church, and he enjoys serving God and the church in this way.

A former youth worker here at WBC (hence the grey hair!) he now works locally as a counsellor, providing support to the local community through this work.

He is married to Helen, and they have three young children. They also help to lead one of our pastoral care groups. 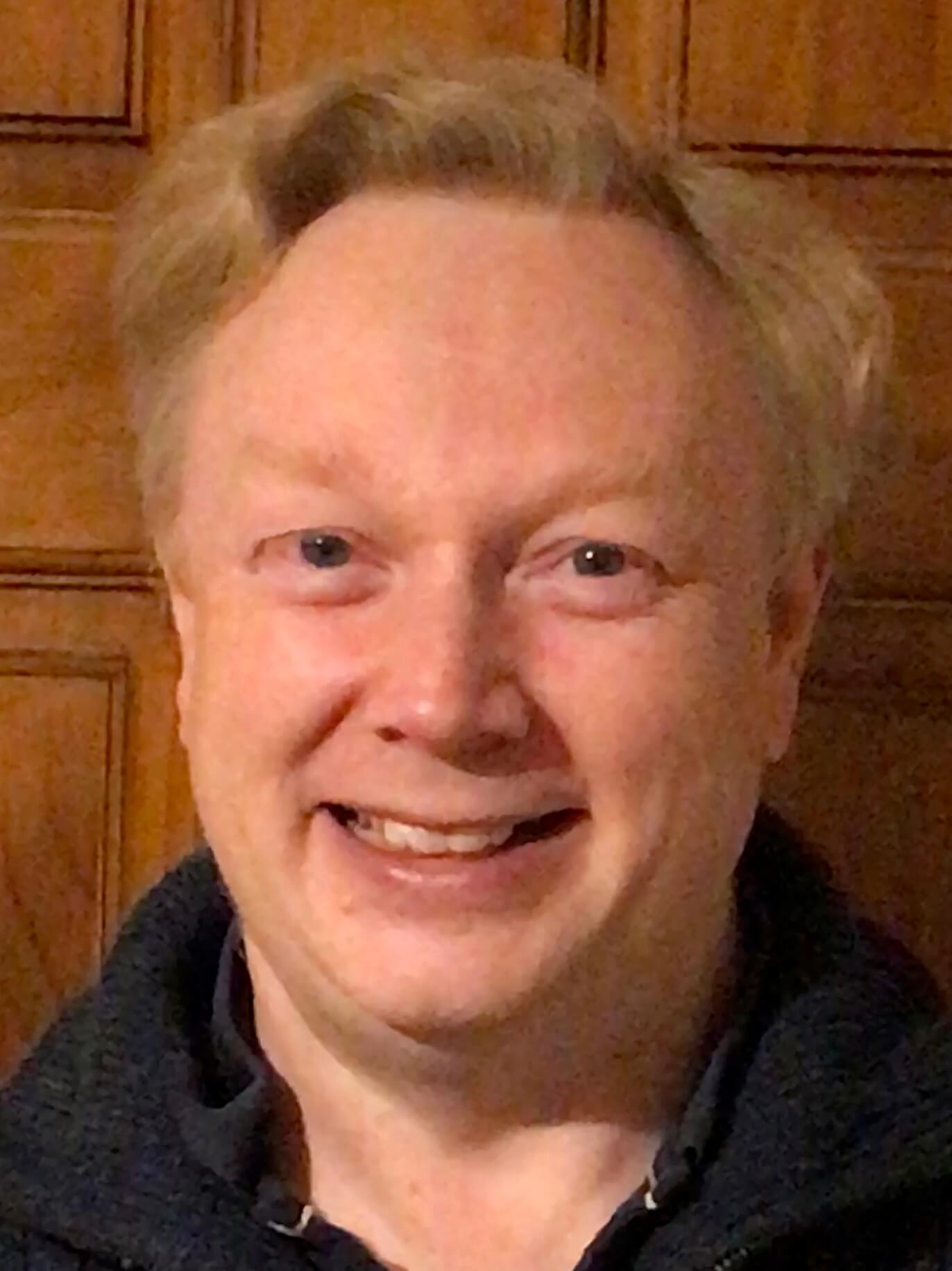 My paid work is as a software engineer which I have done for many years including 21 years in Silicon Valley, California where I met my wife, Cindy. In the church I serve as a deacon, help lead a bible study group, operate the projector and with my wife host the youth group once each month. My hobbies are doing anything technical and puzzles, such as sudoku. My favourite thing though is spending time with my family especially when my teenagers want to spend time with me. One thing which most people won’t believe I used to do or even get the concept of, was that I used to be the lead dancer in a punk rock band. Such was the vigour with which I took on this task, that the stage once collapsed! 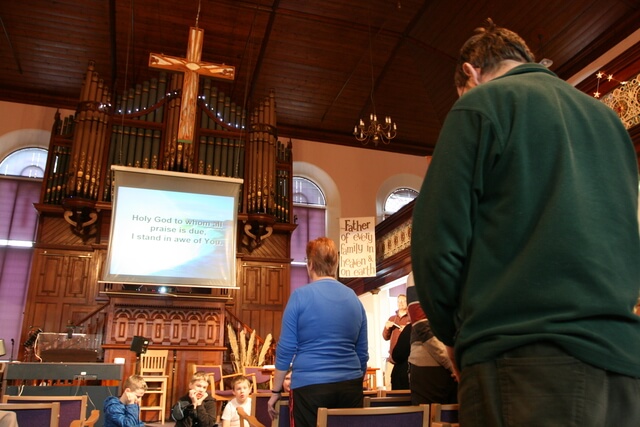 Other Ways to Serve

There are many other ways to serve in the church and each role is valued in helping the church to run smoothly! Like all churches we have numerous ministries that operate week in and out in the life of the fellowship. Some have been going for a long time, others are more recent. The list that follows are some of the teams that operate in WBC and will give you a taste of the life of the church:

Ministry in WBC is never limited to this list! If someone comes along with fresh and new gifting then more often than not a new ministry is begun.

We use cookies to collect information about how you use wellingtonchurch.com. We use this information to make the website work as well as possible and improve our services.
Set Cookie Preferences